Home / News / Apprenticeships have the edge
Back

Apprenticeships have the edge 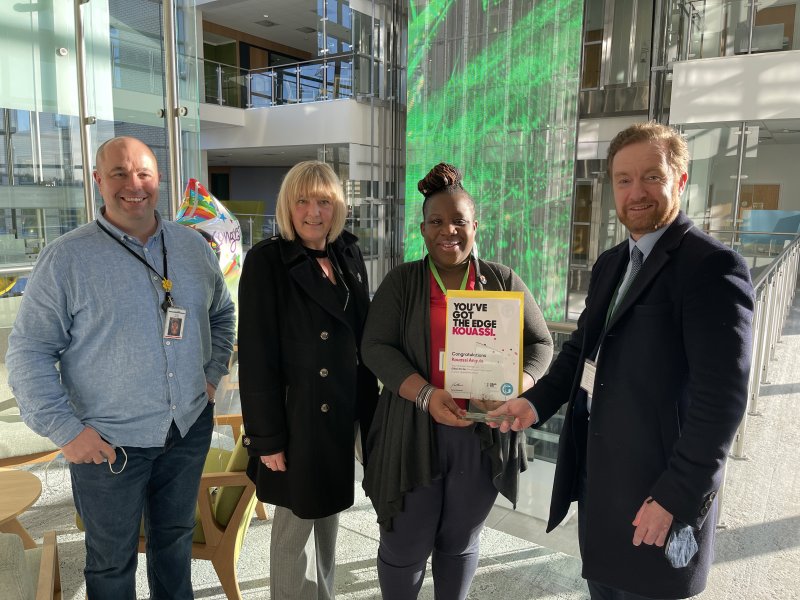 Apprentices and their employers have been recognised for their dedication and commitment in the annual Apprenticeship Edge Awards.

The college took this year’s awards out on the road, travelling across the region to surprise and present the awards to apprentices and employers in their places of work. The annual awards were introduced to celebrate the outstanding work of apprentices, staff and the employers the college works with.

Nominations were received from college staff and their employers which were then judged by a panel of local industry experts, including John McCabe, CEO of the North East Chamber of Commerce, Michelle Rainbow, Skills Director at the North East Local Enterprise Partnership as well as college Principal David Alexander and Assistant Principal Deni Chambers.

In total 13 apprentices picked up awards from a wide range of curriculum areas including business administration, accounts and data analysis as well as bricklaying and vehicle service and maintenance.

Kouassi Anguie from Sage scooped the top accolade of Apprentice of the Year after wowing the judges with her commitment and determination to succeed. Her nomination recognised her as a model student who juggled the commitments of a full-time job, studying for her apprenticeship, completing exams, and looking after her family.

Commenting on the accolade Peter Read, Head of IT Infrastructure at Sage said: “Kouassi is amazing. From day one of her apprenticeship her dedication, organisation and professionalism have been outstanding. Over the last 14 months she has come so far. She started with virtually zero IT experience and is now leading pieces of work to change the shape of our AWS cloud estate. We are all so proud of her!"

As part of the awards, the college also recognised four employers - Buttons Nursery, Nevaeh Hair and Beauty, Go North East and UK Power Networks - for the support and commitment they give their apprentices.

Commenting on the awards, Principal of Gateshead College, David Alexander said: “This year’s nominations were of an exceptionally high standard and it was really helpful to have John and Michelle on the judging panel to give their industry insights in choosing the winners. Everyone who received an award should be proud of their achievements and I congratulate them all for their commitment and dedication.

“These apprenticeships have been undertaken during such a testing time and the nominations have shown an incredible level of dedication and commitment from students, employers and assessors alike. I am also tremendously proud of my colleagues whose innovation and agile approach to teaching enabled apprentices to continue their apprenticeship throughout the various stages of the pandemic. It’s been heart-warming to see such success.”

Gateshead College delivers apprenticeship training with more than 400 companies around the region, including large multi-nationals and SMEs.