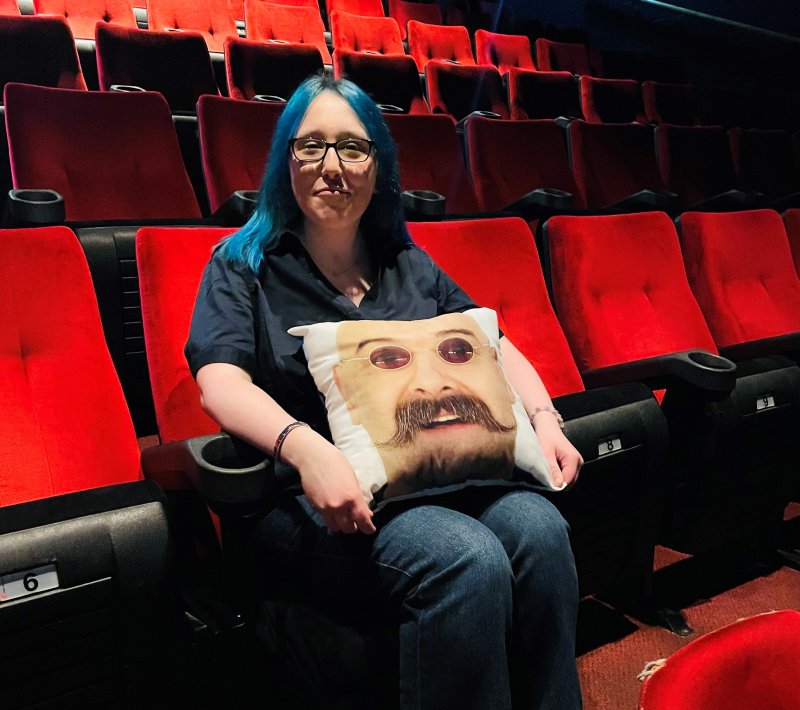 TV and Film student Siobhon Taylor’s short film “Prisoners” has had its film premiere at the Customs House in South Shields.

The inspiration for the film came after Siobhon read and was deeply moved by Dennis Challeen’s poem “Prisoners’. The second-year student was keen to spread the message that prison should be a fresh start and not a punishment and used the film to explore the barriers that prisoners face in their rehabilitation.

While doing her research for the film, Siobhon wrote to one of Britain’s most renowned prisoners, Charles Salvador – formally known as Charles Bronson – who replied and gave her access to previously unheard recordings of his voice, which are included in the film.

The 10-minute film also features actors who play the role of prisoners, each reading out lines from the poem.

Siobhon said: “I’m really passionate about using my film making skills to highlight social issues and have previously produced short films about depression as well as one on the impact of social media on young people.

“Prisoners was my most ambitious project so far and it was great to take what I’d learnt on my college course and put it into practise. I had a really clear vision for the film; it was great to see it all come together and having Charles Salvador’s voice on the final cut was a bonus.

“I loved every aspect of making it but the best part was the big screen premier at the Customs House in front of my classmates, family and friends.” Siobhon hopes to study TV and Film Production at University when she finishes her course next September.

John Simmons, Curriculum Leader for TV and Film said: “Huge congratulations to Siobhon on her film premiere. She’s an extremely talented student with a can-do attitude and a real passion for producing films to the highest quality. With all the hard-work she puts into her film-making, she’s got a promising future in the industry ahead of her.”