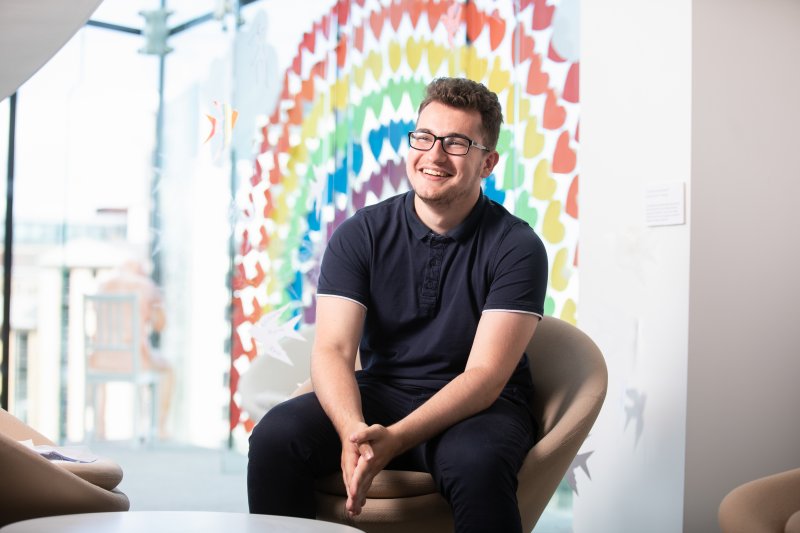 A Gateshead College student is celebrating securing a place at one of the country’s top universities.

David Moleski, 18, is going on to Pembroke College, Cambridge to study General Engineering and after the four-year course, which includes a Masters degree, he hopes to pursue a career as a civil engineer.

David, from Hebburn, was awarded A* in his Maths and Physics A Levels and an A in Chemistry.

He said: “I’m so pleased to be going on to study at Cambridge, it’s a dream come true. I’ve wanted to go there since visiting the university in Year 10 as part of a school trip arranged for pupils who had the potential to progress to Oxbridge.

“I was won over immediately, Cambridge is a great city and the university was better than anything I could have imagined; studying there has been my goal ever since.

“I’ve had an amazing two years completing my A Level study at Gateshead College. The teachers have been fantastic and I’ve made some great friends who I’ll definitely be keeping in touch with. I can’t thank the college enough for helping me to achieve and get on my chosen course at uni.”

David will move to halls of residence at Cambridge ready to start his studies this October and, while Covid-19 means his lectures will take place virtually for now, he’ll attend seminars in person.

Following his university course, David hopes to follow in his grandfather’s footsteps and work overseas as a civil engineer involved in roadways and infrastructure.

Chris Toon, deputy principal at Gateshead College, said: “Well done David. This is a fantastic achievement in what has been a really difficult and challenging year for anyone studying and then awaiting their results.

“We’re so pleased that David’s confirmed his place at Cambridge and will no doubt go on to do great things in his engineering career.”