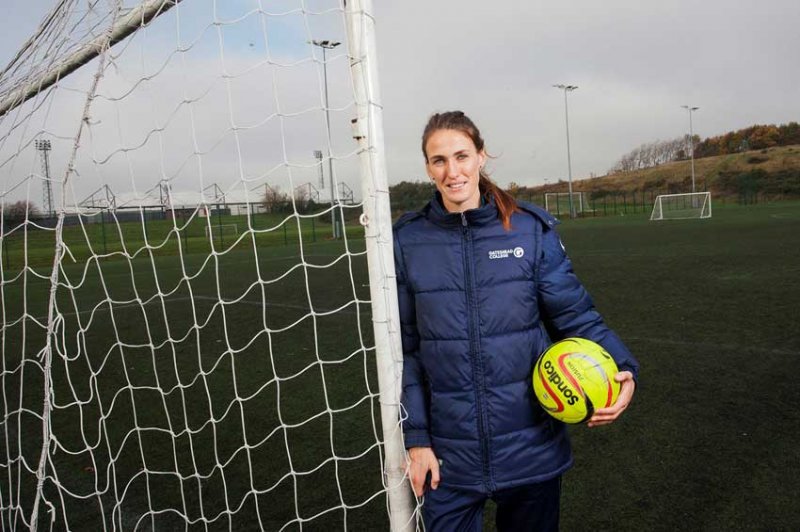 Three former Gateshead College students have made it into the England squad for the forthcoming World Cup in France.

A host of celebrities from Prince William to David Beckham took to Twitter to announce the 23-strong squad, which includes Chelsea goalkeeper Carly Telford and Manchester City duo Jill Scott and Demi Stokes.

All three played for Gateshead College’s Women’s Football Academy, where they completed the college’s unique development pathway programme before going on to become elite professionals and represent their country.

Jill has plied her trade as a powerhouse midfielder for Sunderland, Everton and Manchester City, while shot-stopper Carly represented Notts County before moving to Women’s Super League side Chelsea. Demi started her senior career at Sunderland and had a spell in the US with the South Florida Bulls before joining Manchester City in 2015.

All three have previously acknowledged the role that Gateshead College has played in their development. They have benefited from first-class training, coaching and advice as well as state-of-the-art facilities including classrooms equipped with sports science and medicine facilities, a performance lab, aerobics studio, learning resource centre, and outdoor artificial and grass pitches.

Gateshead College continues to develop a pipeline of footballing talent through its Academy for Sport, with several notable individual and collective successes. Recently the Women’s Football Academy triumphed 3-2 against York in the English Colleges Football Association (ECFA) Secondary Play-Off Final. Meanwhile, Abbie Watson is now showcasing her talents across the Atlantic after winning a scholarship to study at Louisiana State University Eunice in the US.

Melanie Reay is Women’s Football Academy head coach at Gateshead College. She said: “This is absolutely amazing news for Jill, Carly and Demi, a fantastic achievement that shows how dedicated, talented and professional they are. Playing a part in their successful journey gives us all at the Academy for Sport a feeling of immense pride.”