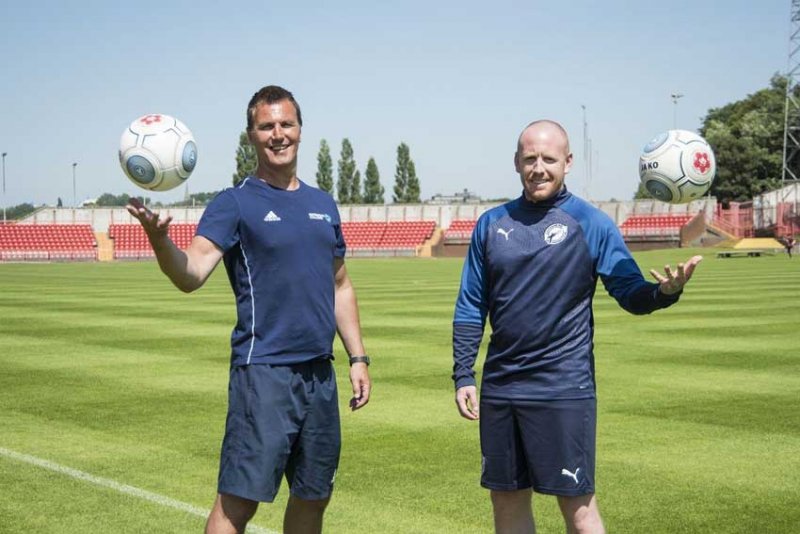 Former professional footballer Matty Pattison has been appointed as coach of our Gateshead Football Club Academy.

The 32-year-old has appeared at the highest level of English football for Newcastle United and also made over 50 appearances for then-Championship side Norwich City from November 2007 to August 2009.

The South African then spent five years back in his native country with Mamelodi Sundowns, Engen Santos and Bidvest Wits before joining the Heed in October 2014.

Pattison went on to make 54 appearances for the club across two seasons, scoring four goals before moving on to Blyth Spartans in 2016 and then South Shields in 2017.The midfielder is still an active player and currently plies his trade with Northern League Division One side Whickham.

“I’m excited to come in,” said Pattison “I’ve done quite a lot over the last couple of years with young players, so I wanted to come in and help develop the younger players and pass on some of the experiences I’ve had in my career.

“There’s no better place for aspiring players to build their skills than the lower leagues, where it’s still a tough league with some very good players.”

The academy programme is delivered in partnership with Gateshead College and players train and play as part of the football club’s under 19 squad whilst studying for nationally recognised qualifications at the college. The programme equips players with the skills, knowledge, confidence and attitude required to build a meaningful and long lasting career in the football industry.

Gary Middleton, Head Football Coach at Gateshead College said: “It’s great to see someone with Matty’s experience coming in to Gateshead FC to oversee the academy and I’m really looking forward to working alongside him.

“The programme has been really successful in recent years with Elliot Forbes coming through the ranks to play for the first-team whilst former academy players Jon Mellish and Tom White are now playing in the Football League with Carlisle United and Blackburn Rovers respectively.”

Pattison believes the recent success stories from the academy give players the perfect motivation.

“It just shows you that it’s certainly possible,” he added. “You’ve got a great platform to work with here at Gateshead and the first-team has got to be what you’re working towards.

“The club are playing in a strong league this season, as they did last season in the National League, and you’ve got clubs more than ever now watching lower league football. The players have got to really try and get themselves in and around that first-team set-up, you never know where you can go from there.”

“I’m sure the gaffer and the first-team coaching staff all want the same, so if they can go and get a player from the academy setup on the bench or even playing in the first-team then that’s going to be fantastic.”