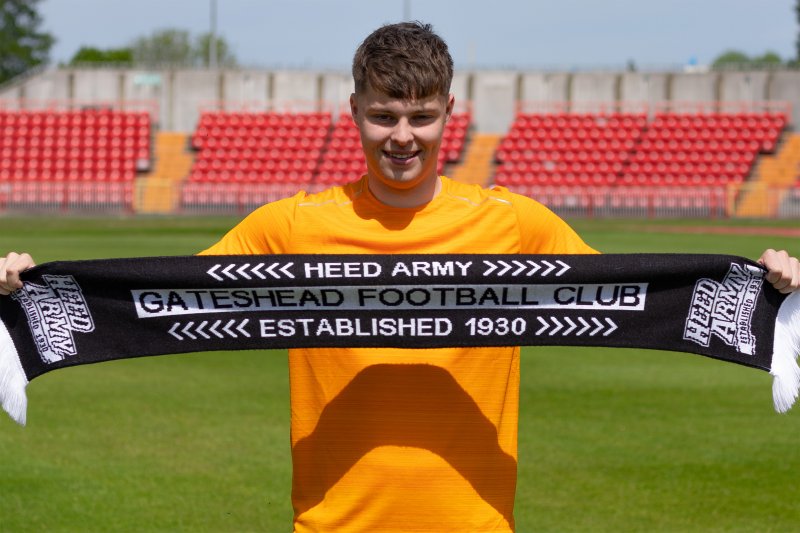 The goalkeeper signs a one-year professional contract with the club and will join up with Mike Williamson’s first-team squad for the 2021/22 season. This marks the second student the club has signed for the first team next season, after Ryan Bolton joined last month.

Cameron spent the 2020/21 season with the Gateshead FC Academy under-19s side under the guidance of coaches Ben Clark and Matty Pattison, he was also named on the bench for a number of first-team fixtures.

The 19-year-old experienced senior football in the Northern League last season alongside his academy programme, appearing for both Whickham and Newton Aycliffe.

The academy is a partnership between Gateshead College and Gateshead FC where students play or coach at the football club while studying for nationally recognised qualifications.

Mark Spencer, Head of Men’s Football at Gateshead College said: "This is what our academy is all about, coaching and training young talent to progress into the under 19s and eventually the first team. Adam joined us after a 2 year scholarship with Sunderland AFC to find a different journey into football, so it's great to see Adam signing a professional contract with Gateshead FC."

Over the last few years, the college-football club partnership has produced some notable success stories. Former Heed players Jon Mellish and Tom White have gone on to play for Carlisle and Blackburn respectively, while Elliot Forbes is now a regular in Gateshead’s first team having impressed for the reserves.

Find out more about the Gateshead FC Academy here.