Home / News / Hat-trick of signings for Gateshead FC
Back

Hat-trick of signings for Gateshead FC 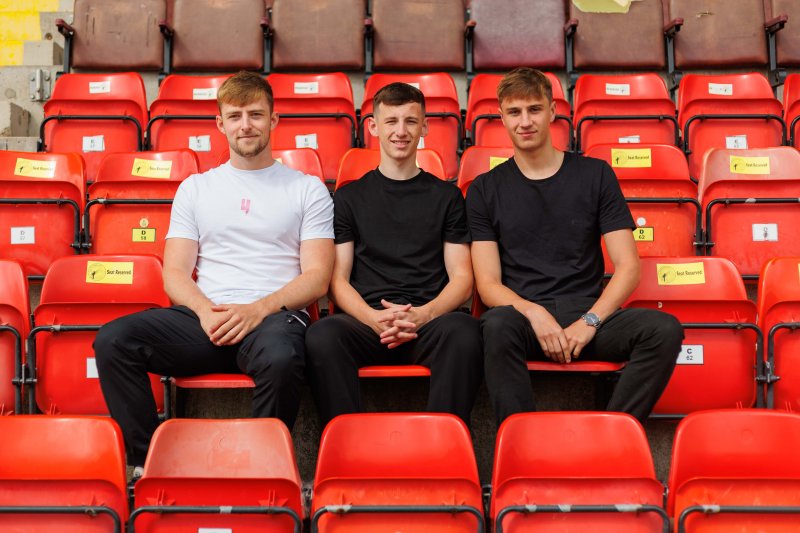 Gateshead Football Club has given professional contracts to three Gateshead College students who will join the first-team squad for the 2022/23 season.

Kyle and Lewis also made their senior debuts for Gateshead FC last season coming on as substitutes in a 4-0 away win to Alfreton Town in February. While Eddie was also included in the first team squad on a couple of occasions.

Kyle is thrilled to have secured a full-time contract for the new season “I’ve always wanted to be a full-time footballer and I’m buzzing. I’ve learnt a lot this last season and we’ve done well as a team. I’m really looking forward to next season and I think that being part of the first-team is really going to improve myself, Lewis and Eddie a lot.”

The academy is a partnership between Gateshead College and Gateshead FC where students play or coach at the football club while studying for nationally recognised qualifications. The trio all successfully completed their Level 3 BTECs; Lewis in Sports Coaching and Development, Kyle in Sport and Eddie in Business whilst playing and training for the academy.

Mark Spencer, Head of Men’s Football at Gateshead College said: “Huge congratulations to Eddie, Kyle and Lewis. All of their hard work and determination has paid off and they fully deserve to be given professional contracts. They show that our academy partnership with the club is working and we are coaching and training young talent to progress into the under 19s and eventually the first team.”

Over the last few years, the college-football club partnership has produced some notable success stories. Former Heed player Jon Mellish is currently playing for Carlisle United whilst Tom White previously played for Blackburn. In addition Elliot Forbes is now a regular in Gateshead’s first team having impressed for the reserves.