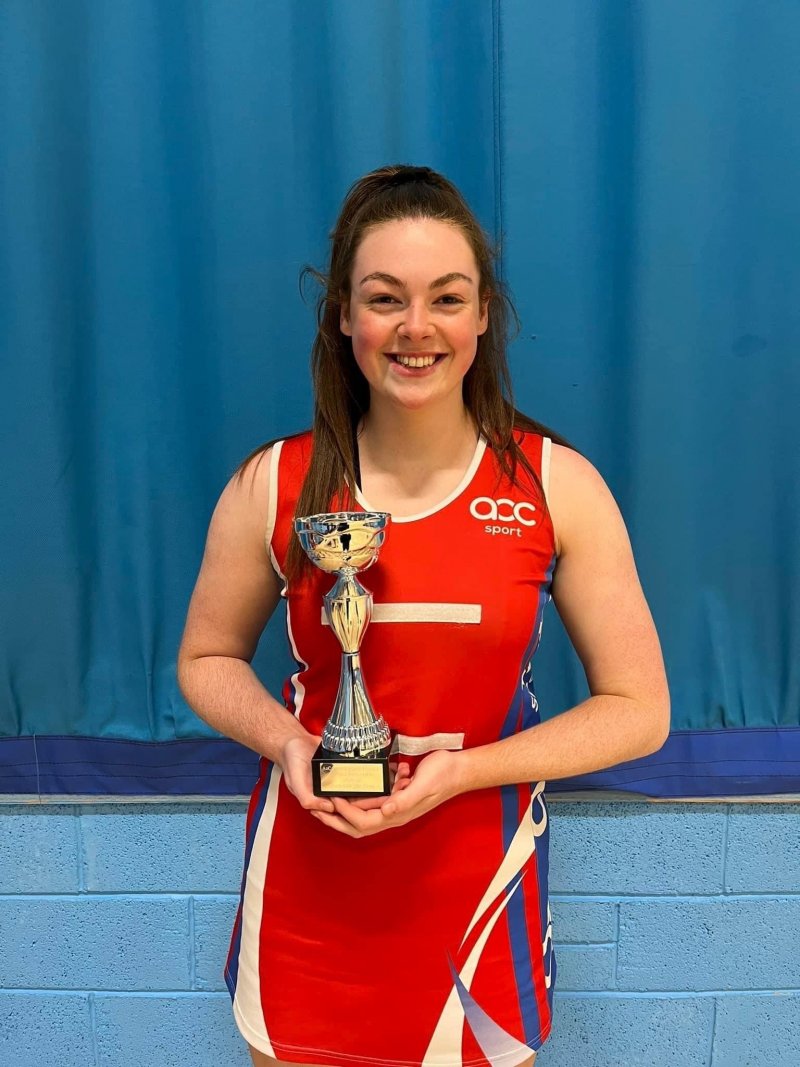 Gateshead College student Holly Jones is celebrating after being called up to the Wales national netball squad to play against Uganda in Cardiff.

Holly, 18 from Newcastle is studying Creative Art, Design and Communication at the college and is also part of the Netball Academy which won the Association of College’s (AOC) North East League 2022.

Last season was a really successful season for Goal Shooter Holly who not only won the League Title but was also selected to play for the AOC National Netball squad, being named their player of the year. It was whilst playing for the AOC that Holly was scouted and selected to train with the Wales Senior and Under 21s squad.

Holly is delighted with her latest international call-up to the Wales Squad: “I’m really excited and proud to be chosen. It’s means so much to me and my family; my mum and grandparents are all over the moon as they are Welsh and they’ll be coming to cheer me on in Cardiff.

“It will be amazing to play and train with the national team as I’ll learn so much from the experience which can only improve me as a player”.

Julie Kimber, Netball Coach at the college said: “Huge congratulations to Holly on her latest Wales call-up, she thoroughly deserves this.

“She’s a talented player with a real passion for playing netball and her call-up is testament to all the hardwork she puts in both on and off the court.”