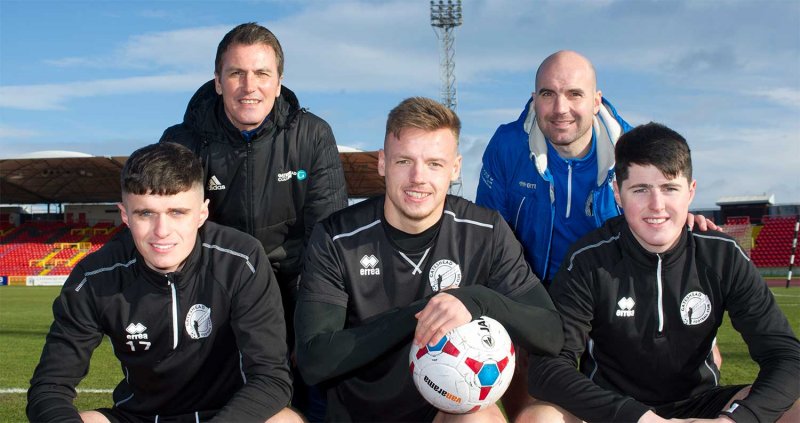 GATESHEAD Football Club have launched a new Gateshead F.C. Academy for the 2019/20 season in partnership with Gateshead College.

The new academy gives talented footballers a clear progression route into the professional game, playing for the club’s reserve team and ultimately the chance to play for Gateshead F.C.’s first team.

The Gateshead F.C. Academy will enable the club to attract and bring in high-quality players who have come through the local boys clubs or have been released from higher league clubs including Newcastle United, Sunderland and Middlesbrough, providing a huge long-term benefit to the club.

As part of the new academy structure there will also be the formation of two new academy sides for 16-18-year-olds, enabling the club to attract and develop players below the age of 18. In developing the new academy, the club has chosen to work in partnership with Gateshead College to ensure all academy players not only receive the highest level of professional training but also a recognised qualification. Players will study on a course of their choice at the college.

Mike Williams, Operations Director at Gateshead F.C. said “Our new academy provides promising skilled footballers with the opportunity to be part of a professional club. It’s vital to nurture and retain home grown talent here in the North East and our new academy structure will enable this to happen.”

“Our academy will not only provide the players with highest level of training and competitive matches on the pitch but also a strong education. That’s why we chose to partner with Gateshead College who has a proven track record in ensuring their students achieve fantastic results.”