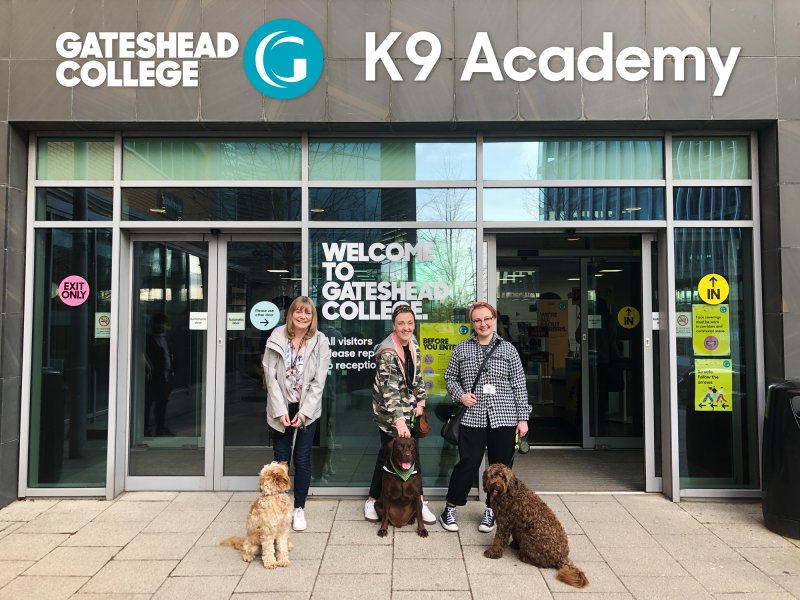 Dog owners across the region are to benefit from a new dog school which promises to achieve police dog-level obedience, agility and intelligence.

Gateshead College has become the first further education college in the country to launch a new K9 Academy. Situated within the college’s Baltic Campus by Gateshead Quays, it will focus on giving dogs the skills and attitude they need to become pawfect pets, valued volunteers or working dogs.

The opening of the K9 Academy follows a pandemic puppy boom - between March and September 2020 British people bought 2.2 million dogs - it offers an alternative style of puppy school which sees dogs attend without owners and will also provide courses for older dogs.

Chris Toon, deputy principal at Gateshead College, said: “This is something quite unique and we believe we’re the first college in the country to open a canine school but believe others will follow suit; in the last year we’ve seen a huge rise in dog ownership and we’ll ensure every dog has its day. Among our experienced dog trainers and handlers, our staff team will also include two former police dogs who will be on hand to assist and act as role models.

“In addition to our puppy classes, we will also hold courses for those over two-years old, because the saying that ‘you can’t teach an old dog new tricks’ is not at all true. Our vision is for every K9 Academy dog to leave us with a perfect level of affection, obedience and a real empawment edge should they wish to move on to work for the police or other role within the community.”

The college’s K9 Academy will open during the summer break to allow the dogs to get used to their surroundings before students return in September. There will however be a separate entrance for the dogs and they will learn and exercise within a designated doggy area.

The first courses will go be open for applications from May 2021 and will include something for all levels and abilities including an intensive ‘Underdog to K9’ course for those struggling in all aspects of being a dog.

In addition to the very best training, dogs attending a course will also have access to Woof Cuts grooming salon.