Home / News / Star of The Bodyguard teaches dance workshop
Back 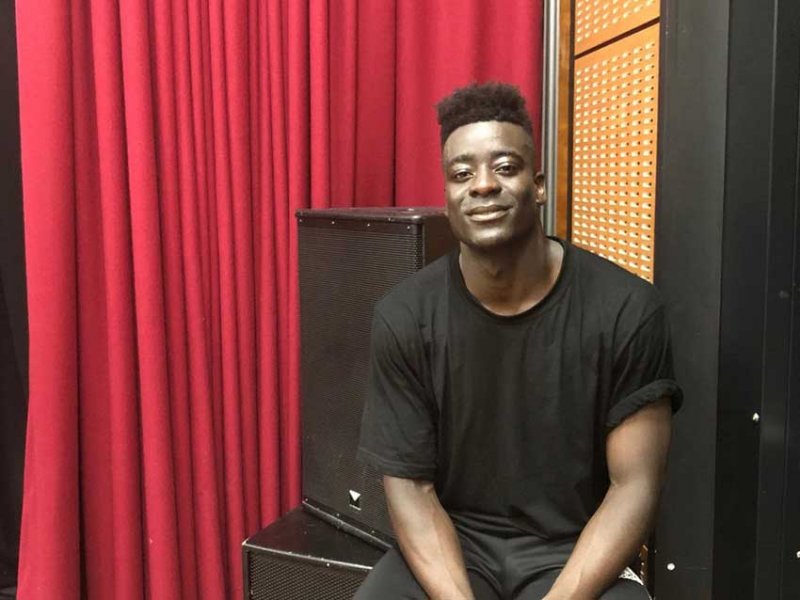 Stage star and former student Gustave Die has dropped in to Gateshead College to put dance students through their paces.

Gustave is currently starring alongside Alexandra Burke in the award-winning smash hit musical based on the blockbuster film The Bodyguard.

During the show’s 11 day run at Newcastle’s Theatre Royal, Gustave, who originally hails from Crook in County Durham, came back to his old college where he studied performing arts to teach a dance workshop.

The 24-year-old left college in 2014 and went on to study at The Urdang Academy in London before securing a part in Thriller Live’s UK and European tour. He is now touring the UK in The Bodyguard following a successful international tour.

He said: “Gateshead College was where my career started and it was a really great experience to go back and take the students through a commercial dance routine and answer their questions about my journey so far. I saw some really talented dancers.

“My course gave me a great grounding for my career. I travelled from Crook to study and train there because it was the best course for me.

“It made me understand how my body could move, helped me to improve my dance skills and was a springboard to me securing a place at Urdang, a specialist academy for dance and musical theatre.”

Gustave taught dance students a commercial dance routine to Janet Jackson’s All for You.

He has this advice for anyone who would like to become a professional performer: “Never give up, keep working hard, focus on yourself and push your limit in everything you do.”