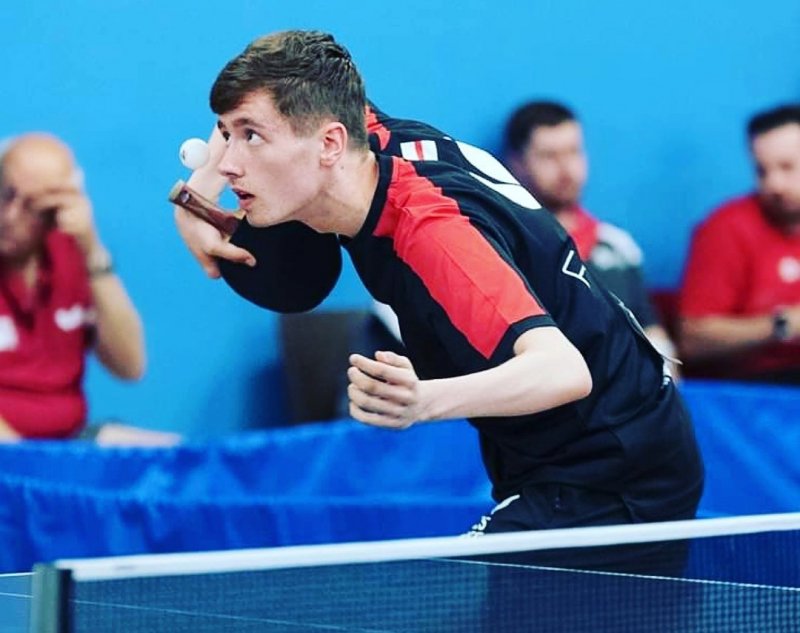 Peter Smallcombe is one of only eight talented young table tennis stars selected to join the England Junior Squad.

A talented table tennis player who took up the sport after first playing at home on the kitchen table has been chosen to represent England.

Peter Smallcombe is one of eight talented young table tennis players selected to join the England Junior Squad – a group with the potential to play at elite level on the international stage.

Peter said: “I’ve always been into my sport and I’m a really keen footballer but I started playing table tennis at home and enjoyed it so much I joined a local club. It’s all escalated from there and now I’m competing against people from all over the world.”

The 16-year-old is a sport and exercise sciences student at Gateshead College and regularly travels to Germany to train with his club TTV Stadtallendorf after taking up the sport when he was 11.

This month Peter, from Jarrow, will spend a weekend in Nottingham to attend an England training camp, he’s then training with the Paralympic squad in Sheffield before he travels to compete in the Swedish Junior and Cadet Open in February 2020. The competition in Örebro, Sweden will see hundreds of youngsters from around the world compete over a five-day period.

A former Jarrow School pupil, Peter joined the college’s Academy for Sport in September 2019 and plans to go on to university to study sport management when he completes his course.

He added: “The college has been really supportive and have worked around my training and competitions, the flexibility with my studies is appreciated so much because it’s important to me that I can continue to study and excel in my sport.

“I’ve also been attending strength and conditioning sessions at the Academy for Sport which is helping me to boost my fitness levels too.”