Home / News / Taking the show on the road
Back

Taking the show on the road 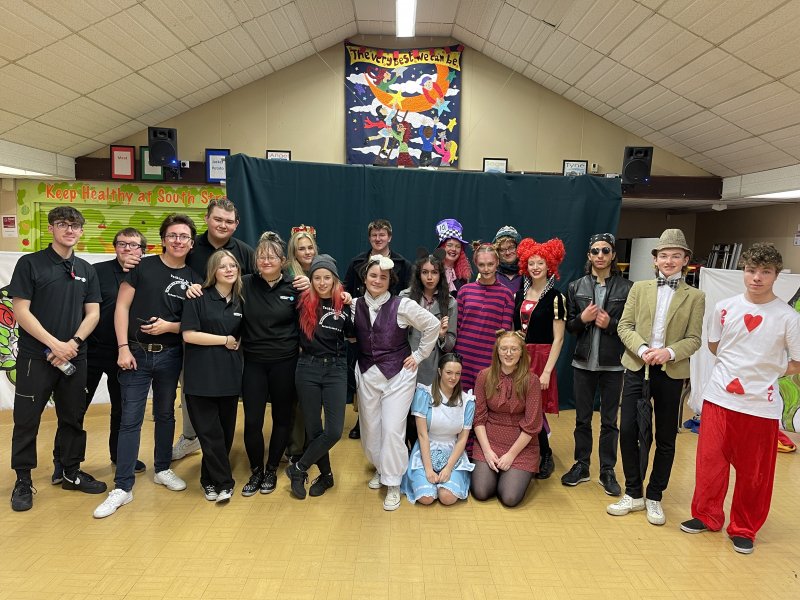 Performing and production arts students have been spreading some theatrical magic to primary school pupils in Gateshead and Newcastle.

As part of their ‘theatre for children’ project, students took their Alice in Wonderland show on the road with the aim of bringing childhood favourite stories to life and encourage primary school students to read.

The show was performed to pupils in Years 1-6 at Kelvin Grove School and South Street School in Gateshead and Walker Central School in Newcastle and received rave reviews.

Lynne Wales, Headteacher at South Street School said: “Thanks to the students who performed Alice in Wonderland for the children, they enjoyed the production greatly. Hopefully we’ll see some of the tips they picked up being used in their own performances.” The show took 6 weeks to come together and, in that time, the performing arts students learnt their scripts and rehearsed and refined their performance, whilst the production arts students created the set pieces, props and costumes.

Performing Arts teacher, Cheryle Walker said: “I’m really proud of the students for all the creativity and energy they put into this project. They’ve now had first-hand experience of being part of touring production which gave them an insight into the hard work required to take a show on the road. They had a real sense of pride when everything came together and they saw the excitement and joy of the children. Well done to them all.”