You’re watching Netflix. You’re thinking, “I could do better than that!"  Then join this course and we’ll show you how.

In a world saturated with video content we can give you the skills and knowledge to make your films stand out, be noticed and get you ahead in a competitive yet rewarding field.

Plus, enjoy guest lectures from our professional partners, including BAFTA nominated producer Samm Haillay and legend of the British Film and TV community Franc Roddam.

This course has been designed and refined with our industry partners to ensure that we are providing you with the skills you need in an ever-evolving digital workplace or to progress onto further study at degree level and above.

Validated by the world-renowned University of the Arts London (UAL), this course, which is equivalent to three A Levels, is assessed purely on your creative journey and not exams. As this is a two year course, you receive a 90-credit diploma in the first year, which feeds into 180 extended diploma on completion of the second year.

All genres and formats of video and film production are covered in detail. While working on live briefs with our employer partners you will be developing your confidence, you will be challenged and you will be building a fantastic portfolio.

UAL qualifications give you the freedom to explore your potential, take creative risks and find the path that challenges and excites you, giving you the employment edge. Learn through experimentation and exploration by engaging with practical and theory sessions, projects, lectures, trips and visits.

In your first year you will create:

These projects will allow you to obtain a wide range of theoretical and practical skills to prepare you for your final major project, making a world class documentary on a subject of your own choice.

Year 2 builds on what you learned in year one and you will produce:

In the group production you will explore and decide on what your specialist position may be from a range of job roles. This acts as perfect preparation for your final major project for the second year, which will involve making an individual five minute film.

Your final film will be submitted to a competition to appear on the big screen at the Tyneside Cinema at our gala end of year show.

Technical strands throughout both years include:

We run a practical, creative and flexible course to suit your needs and in return demand the best quality in both academic and technical output from you. Put your future on film.

Through the University Arts London (UAL) qualification you will build skills, competencies and confidence in the creative process. Learn how to reflect on your practice and unlock your creative potential. Assessment is formative, designed to help you be the best you can be. Practical work, concept development, how to creatively problem solve will all be developed. You are graded at the end of each year. All your work, both written and visual, is contained on and submitted via your own personal website which you are responsible for designing and maintaining throughout the entire course.

There are no exams on this course. In year one you'll complete a final major project, a body of work that shows your strengths and personal interests and based around where you excel. Reflecting your research, contextual design, presentation and, of course, your practical skills.

Your professional teaching team are committed to helping you develop in three main areas; technical skills, creative development and academic excellence. We approach this qualification from a hands-on, experimental angle enabling you to make mistakes along the way and providing targeted, relevant feedback in order for you to improve and produce those perfect films you already have in your head.

Career development is central to this course and we'll continually work hard to gain you relevant, real world experience.We've got fantastic partnerships with employers and you'll undertake commissioned work for a range of companies both in and outside of the media industry.  Our indutry partners include:

Master classes
You'll enjoy a range of master classes and guest lectures from some of the industries best talent. Third Films' producer and BAFTA nominee Samm Haillay will guide you on industry practice and protocols in a series on masterclasses highlighting the skills you’ll need.

Commissions
You'll work on a number of commissions from our partners including the North East Hotel Awards. You'll work as part of a team, guided by professionals, to produce a film featuring up to 50 nominees for ten different award categories, which is used by the judges to select the winners.

We aim to be as up to date in the hardware and software we use in order to provide you with a learning experience that is realistic to industry. Our kit includes:

Top up onto the extended diploma in year two and you will advance your skill set and professional qualities building towards an extended final major project, your chance to show how far you have come. Assessed on your professional portfolio of work, you will be ready to progress to university or the other exciting next steps in your creative career.

Four GCSE grades at grade 4 (C) or above. Art related subjects, maths and English are preferred but not essential.

What are people saying about this course?

“No two sessions are the same, there is always something new and the students are always filling the room with fresh ideas and youthful perspectives. Marrying the technical to the creative is my aim on the course.” Mark Smiles, teacher.

“Teaching new students to consume media with a critical eye is always my initial aim as this helps develop their analytical abilities, which then feeds into their own productions. With each new project, you see progression and it is always a pleasure to see how much each student develops from the start to the end of the course.” John Simmons, curriculum leader

This course is free to those aged under 19 years old.

Most people aged 19 years and over can qualify for free or reduced price course fees and there are grants and bursaries you can apply for to help cover the costs of coming to college, depending on your circumstances.

If you already have a full level 3 qualification and are aged 19 years over, you can apply for an Advanced Learning Loan or pay the fee upfront in full and qualify for a 10% discount.

You can get more information at our enrolment events, by calling 0191 490 2246 or email us at start@gateshead.ac.uk

How we support you

Whatever support you need, we’re here for you and will make sure you get the most out of your time at college.

We have expert teams in place to look after every single one of our students.

Our specialist teams can help with:

Apply using the apply now button on this page.
What about after the course?
Future
Careers:
What
you could
earn:
Potential
£39,395
Entry level
£27,227
Average
£39,395
2
New job opportunities 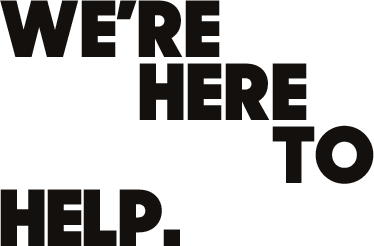