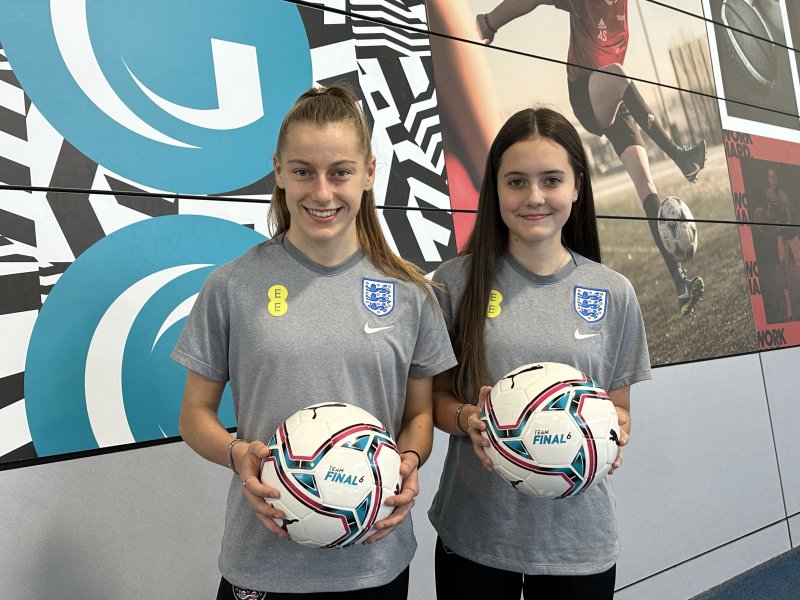 Two Gateshead College students are celebrating after being selected to represent their country in the Lionesses Development Phase Squad.

Grace Ede, 17, for Sunderland and Katy Watson, 17, from Gateshead are both studying Sport and Exercise Science at the Academy for Sport. They both play for the Academy’s Women’s Football Team as well as Sunderland AFC Ladies.

The players will now travel to Portugal and represent their country in the Algarve Cup where they will play matches against Norway, the Netherlands and the home nation, Portugal.

Grace has been playing for England since she was 14 and joined the college in September: “I chose to come to Gateshead College because of the strong reputation it had for women’s football. I can play the sport I love, whilst also working towards my qualification in Sport and Exercise Science.”

Ian Skinner, Gateshead College’s Women’s Football Academy Coach said: “To have not one but two of our players called up to the England squad is fantastic. Both Grace and Katy are really talented players and it’s fantastic that all of their hard work and determination has paid off.”